A unique figure on the international scene both as soloist and chamber musician, the violist Anna Serova has several compositions dedicated to her in recent years by some of the most important contemporary composers. In fact, by writing for her they have created a new genre in composition uniting the form of the concert piece with the action of the theatre.

She has been collaborating for years with Roberto Molinelli, an Italian composer who has dedicated to her several pieces, such as “Milonga y Chacarera” for viola & orchestra, “Aeraqua” for viola and violin, and the project “Tango all’Opera”. In 2017, Anna Serova played the world premiere of “Lady Walton’s Garden”, Concerto for Viola, Orchestra and Tanguero by R.Molinelli, with the New Zealand Symphony Orchestra in Wellington. The piece was selected as “Premiere of the month” by the English magazine “The Strad” in September 2017.

After studying with Vladimir Stopicev at the Conservatory of St Petersburg, with Bruno Giuranna at the Acacdemy of Cremona and with Juri Bashmet at the Acacdemy of Chigiana in Sienna, she began a brilliant career as a concert musician which saw her starring in some of the most important concert seasons and festivals in Italy and abroad.

The warm, shining beauty of her sound makes her very much in demand as a chamber musician and she has collaborated with artists like Ivry Gitils, Bruno Giuranna, Salvatore Accardo, Rocco Filippini, Filippo Faes, Toby Hoffman, Rainer Honeck, Remus Azoitei and others.

Her CDs released by DECCA, NAXOS, BRILLIANT CLASSICS, VELUT LUNA, and RED DRESS have been praised by critics and earned awards and recognitions, such as “5 stars award” by “Musica” Magazine, ICMA Nominee, and Pizzicato Supersonic Award.

Her judging experience includes “Lipizer”, “Città di Brescia”, “Carlo Soliva international competitions. In addition, she has been appointed the Honorary President of the Violin Makers Competition “Anlai 2015”, held in Cremona.

As a historical consultant and a featured artist, Anna Serova participated in two documentary films about the art of violin making in Cremona for Russian TV channel “Kultura”.

Anna Serova is happy to offer her art for charity: she has recorded two CDs dedicated to the project “End Polio Now” by Rotary International playing the precious Amati Viola 1615 “La Stauffer” owned by Fondazione Stauffer in Cremona.

In March 2016 Anna Serova has been awarded by STANDOUT WOMAN AWARD 2016.

From 2017 she is a testimonial of the Association CCVI in Multiple Sclerosis.

In June 2006 the Administration of the City of Krasnoyarsk conferred on Anna Serova the title of Attaché for Cultural and Trade Relations. Thanks to her tireless work, shortly afterwards a protocol promoting the organisation of cultural, commercial and administrative exchanges between the vast Central Siberian region and Italy, was signed by Cremona and Krasnoyarsk.

THE NEW CD (ALSO IN VINYL AND STREAMING) 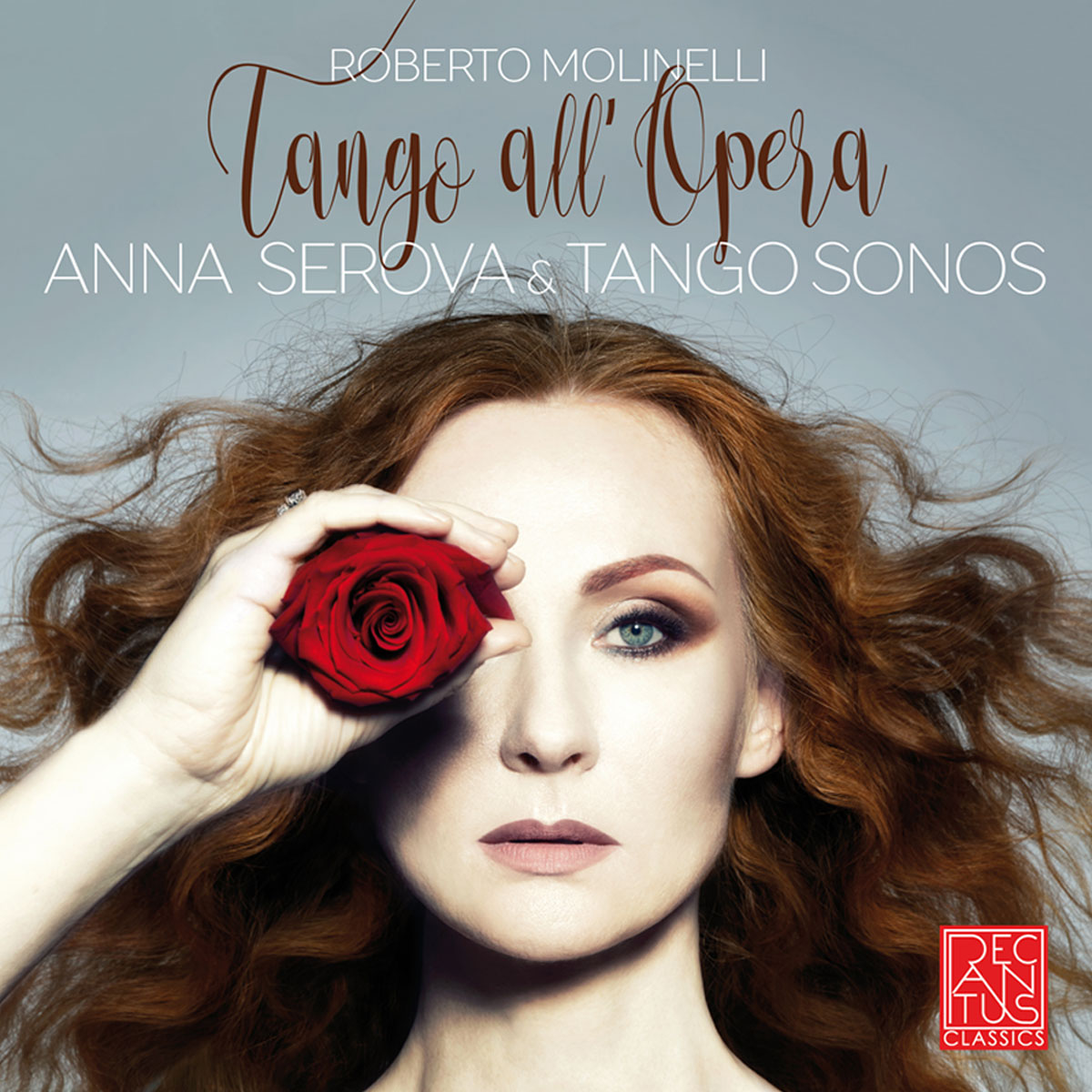 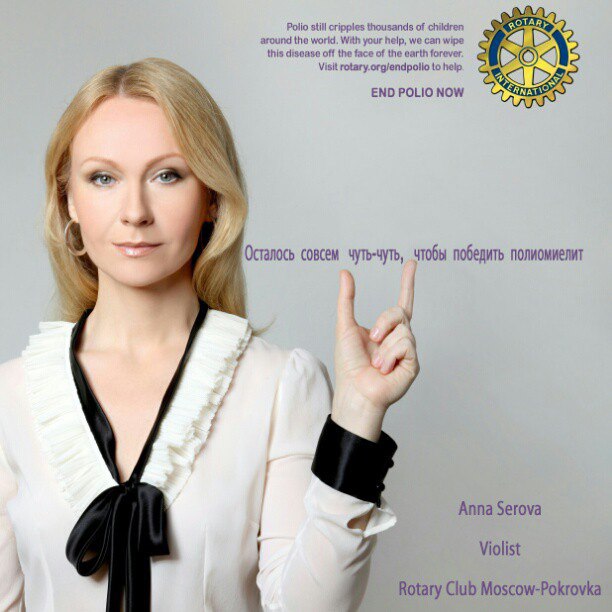 “WE ARE THIS CLOSE TO ENDING POLIO”

I’m so honored to take part in the World’s Biggest Commercial END POLIO NOW by Rotary International.
The fight to end polio is led by the Global Polio Eradication Initiative, which includes Rotary International, UNICEF, the U.S. Centers for Disease Control and Prevention, the Bill & Melinda Gates Foundation and governments of the world, with the support of many others around the globe.